‘He Is My Story : The Sanctified Soul of Arizona Dranes’

A singer sits at the piano and loses all inhibitions while in complete control of the instrument: Little Richard, Ray Charles, Jerry Lee Lewis. Although church singer Arizona Dranes doesn’t come close to the stature of those icons, she set the mold for rockin’ singer/ pianists in 1926 with six “test records” that have stood the test of time. 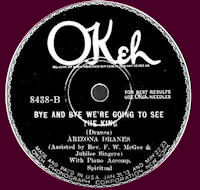 very little has been correctly reported about Dranes other than the facts that she was blind, from Texas, had a piercing Pentecostal voice and was the first recording artist to play piano in the secular styles of the day, while singing words of deep praise.

Michael Corcoran, former music critic and columnist for the Austin American-Statesman, has spent years unearthing revelatory details on the life of the mysterious woman behind the music. The book includes a CD containing all 16 of Arizona Dranes’ recorded tracks, expertly remastered from the original OKeh label 78 RPM records by Grammy-winning producer Christopher King.

The book is also available digitally (without the music) as an eBook. 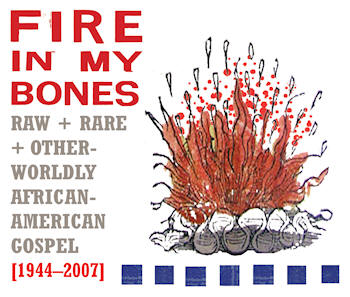 Fire In My Bones

80 tracks on 3 CDs together with a 24 page booklet 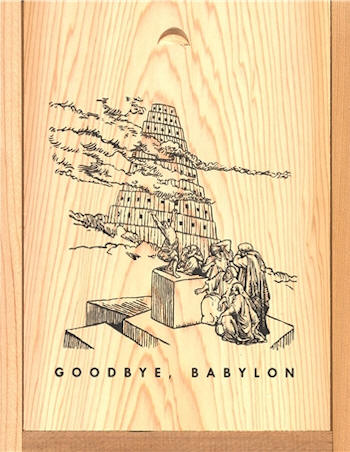 Six CDs and a 200 page book housed in a cedar box packed with raw cotton.

Compiled by Lance Ledbetter, Goodbye, Babylon was Dust-to-Digital’s first release in 2003. The five CDs feature 135 Songs (1902-1960) and one CD featuring 25 Sermons (1926-1941). Accompanying the CDs is a 200 page book with Bible verses, complete lyric transcriptions, and notes for each recording. 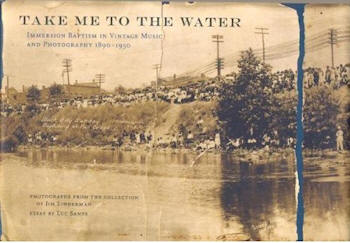 Take Me To The Water: Immersion Baptism in Vintage Music and Photography 1890-1950

One CD and a 96-page hardcover book

Photographs Compiled by Jim Linderman, Music Complied by Lance Ledbetter. The 96-page hardcover book has 75 sepia photograph reproductions from 1890-1950 and is accompanied by a CD of rare gospel and folk recordings from original 78-RPM records (1924-1940). 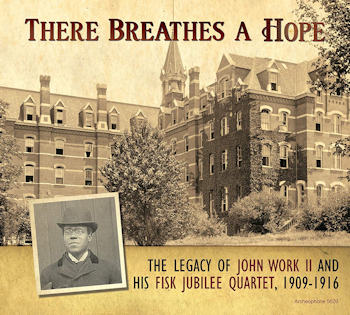 There Breathes a Hope: The Legacy of John Work II and His Fisk Jubilee Quartet, 1909-1916

2 CD set with 108 pages of history and illustrations, and recording notes by Tim Brooks (author of Lost Sounds), packaged in a full-colour CD-sized hardback book.

Stung by critics who perceived spirituals as painful reminders of slavery, uplifted by the praise of royalty and world-renowned artists, John Wesley Work II toiled for three decades at Fisk University with single-minded determination to promulgate the good news of jubilee songcraft. Here for the first time his story is told in vivid detail by celebrated author Doug Seroff, accompanied by the 43 extant selections recorded by the Fisk Quartet when Work led the group-including all nine legendary Edison cylinders that feature Roland Hayes as second tenor and the four recitations of Paul Laurence Dunbar’s poetry by James A. Myers. The selections are introduced by spoken excerpts from Rev. Jerome I. Wright, one of the last living Fisk students to have sung under John Work’s direction. 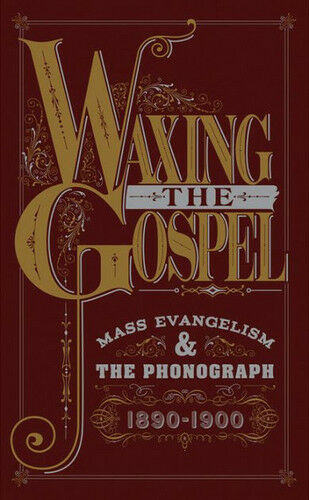 Waxing the Gospel: Mass Evangelism and the Phonograph, 1890-1900

“A masterpiece of scholarship and curatorship, this collection sets a new standard for the presentation of early recordings”.

Led by internationally-famous evangelists Moody and Sankey, the revival business of the late 19th century was an established juggernaut, complete with its own musical soundtrack. It met up with an infant recording industry in the 1890s still experiencing growing pains. Waxing the Gospel is a groundbreaking exploration of how tradition and technology merged in three distinct areas of recording: commercial, celebrity, and vernacular. Waxing the Gospel presents top-notch performances by the earliest studio pros, records by Moody and Sankey themselves, and debuts more than a dozen sacred treasures made in the parlors of ordinary people experimenting with their own phonographs. We chronicle our incredible detective hunt that identified a cache of mystery “homemade” cylinders as actually being field recordings from 1897, taken at the annual Methodist camp meeting at Ocean Grove, New Jersey.

With 102 tracks on three CDs, enclosed in a beautifully-illustrated 6″ by 9″ hardback book, Waxing the Gospel is the most in-depth and authoritative exploration of the first decade of the phonograph ever published. The emergence of the sacred repertoire is the lens through which we make our examination, but this set is as much about brown wax cylinder records as it is about the pioneering work of evangelists Dwight L. Moody and Ira D. Sankey. 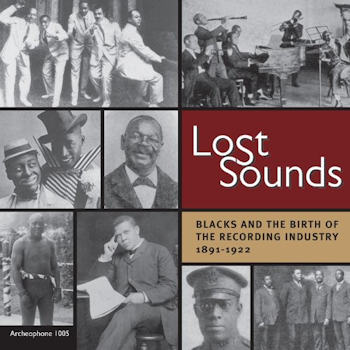 Lost Sounds: Blacks and the Birth of the Recording Industry, 1891-1922

Fifty-four tracks by 43 artists, and 60 pages of in-depth commentary and analysis: Lost Sounds is a monumental achievement that stretches back to the faint beginnings of commercial recordings and travels to the brink of the Jazz Age to trace the contributions of black artists on American records. Sometimes noisy and raucous, sometimes quiet and austere, these recordings demonstrate the deep involvement and lasting influence of African Americans in the nascent recording industry. 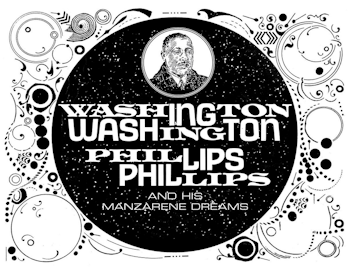 Washington Phillips and His Manzarene Dreams

76-page hardcover book with never-before-published research complete with newly remastered audio from pristine, original 78-rpm discs. Our label’s inaugural release, 2003’s Goodbye, Babylon, included two recordings by a mysterious gospel musician from Texas named Washington Phillips, who died in 1954. After fielding inquires about the hauntingly beautiful songs from listeners around the world, in 2013, we checked in with Michael Corcoran, the leading researcher on Phillips, to see if any new information had been uncovered. Indeed, Michael had some leads, but he would need a working budget to track them down. Three years later, after combing through various archives and talking with the last surviving people from the Simsboro-area who remembered Phillips, we now know the name of Phillips’ homemade instrument (the Manzarene); when, where and how he died; and many anecdotes about what his life was like. We are excited to share this story in Washington Phillips and His Manzarene Dreams, a new book by Corcoran accompanied by recordings made by Phillips between 1927-29. To ensure a superior listening experience, we tracked down the most pristine original copies of Phillips’ 78-rpm records, created high resolution transfers and had the audio expertly remastered for the best-sounding Phillips reissue to date. Hear the sublime, hypnotic and ethereal music of Washington Phillips in clarity like never before! ‘The plucked string instrument sounds feather-light and blurry, the musical equivalent of dust motes floating in a sunny room; the mighty Washington Phillips wheezes at times like he’s about to pass out from the spirit.’