Organisations involved in the early development of gospel music: 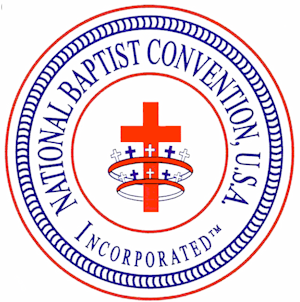 The National Baptist Convention, USA, Inc., more commonly known as the National Baptist Convention (NBC USA or NBC), is the largest predominantly African-American Christian denomination in the United States. It is headquartered at the Baptist World Center in Nashville, Tennessee and affiliated with the Baptist World Alliance. The denomination claims approximately 31,000 congregations and reports having an estimated 7.5 million members.

In 1880, about 150 Baptist pastors met in Montgomery, Alabama, and formed the Baptist Foreign Mission Convention. The formation of the Baptist Foreign Mission Convention was to some degree a result of the demise of the Consolidated American Baptist Convention. The Consolidated Convention’s death created a vacuum in mission work, especially for African missions. In response to this void, William W. Colley of Virginia, who had served as missionary to Nigeria under the Southern Baptist Convention during the 1870s, issued a call for Black Baptists to meet in Montgomery, Alabama, in order to organize a national convention to do extensive foreign missionary work.

In 1921 The National Baptist Convention published the songbook ‘Gospel Pearls’, the first hymnal from a major African American denomination to include selections of the new music that would become known as gospel.

The August 1930 National Baptist Convention in Chicago launched the gospel career of Thomas A. Dorsey. His song “If You See My Savior” was performed at the annual meeting and was an instant success selling 4,000 copied at the convention alone.

Dr. Thomas Andrew Dorsey was born July 1, 1899 in Villa Rica, Georgia. Born to Reverend and Mrs. Thomas Dorsey, he was the eldest of five children. Dr. Dorsey studied music formally in Chicago and started his musical career playing the blues accompanying such greats as Ma Rainey, earning him the nickname “Georgia Tom.” In 1921, he began writing religious music. “Some Day, Some Where” was his first composition.

After the death of his first wife and son, Dr. Dorsey wrote the remarkable song, “Precious Lord, Take My Hand.” In 1932, he joined the Pilgrim Baptist Church and became the Director of Gospel Choirs until his retirement in the late 1970s.

As the popularity of Gospel choral music began to spread, Dr. Dorsey traveled extensively teaching and directing assemblies. It was through this that Dr. Dorsey saw a need to organize these choirs collectively into unions and in 1933 founded the National Convention of Gospel Choirs and Choruses (NCGCC). He remained president of the NCGCC for almost six decades.

Dr. Thomas A. Dorsey, the “Father of Gospel Music” and writer of over 400 compositions, transitioned to Glory on January 23, 1993. He was inducted into the Gospel Music Hall of Fame in 1982.

As Dr. Thomas A. Dorsey traveled, the popularity of Gospel choirs or choruses began to spread throughout the country. It was through this that Dr. Dorsey saw a need to organize these choirs collectively into unions. As such, he founded the National Convention of Gospel Choirs and Choruses (NCGCC) in 1932.

Increased awareness of NCGCC gave rise to organization a convention. To accomplish this, Dr. Dorsey contacted many Gospel choir directors from out-of-town. With the help of others, plans were made for a convention of singers. Professor Dorsey along with Professor Theodore Frye, Magnolia Butts, Sallie Martin and Henry J. Carruthers organized the first convention in 1933. Unions from Chicago, IL, St. Louis, MO, and Cincinnati, OH were the firsts to join the convention. In that same year, the organizers published the first bylaws and elected Dr. Thomas A. Dorsey as president.

In 1934, a second convention session was held in St. Louis. There, Dr. Dorsey established an advisory board that institutionalized key activities. The founders clearly set the foundation for the growth that is enjoyed by members today. For example, Magnolia Lewis Butts, an adviser, developed NCGCC’s scholarship department in 1935. During the 1936 session, she also established Founders’ Day and Artists’ Night. In 1937, Dr. Frye, started the Vesper service. In 1938, during the fifth session of the convention, Ms. Butts started the Consecration Service. As the convention grew, the need to establish a department for the youth had grown and in 1939, NCGCC appointed Ms. Roberta Martin as the first Junior Department Supervisor. That same year, Willie Mae Ford Smith also founded the present day Soloist (Council) Bureau.

In 1942, Mr. Dorsey brought before the convention the Gospel Singers School of Music and Associates Artists. And in 1948, the convention opened dormitories to singers. According to minutes archived from the nineteenth session, the official opening of dormitories was held in October of 1949. Though the convention was expanding, annual meetings were still primarily held above the Mason Dixon line and concentrated mainly in the Midwest (Chicago, St. Louis, Ohio, West Virginia, New York, Minneapolis, and Detroit). That changed in 1953 when the convention met in Memphis for the twentieth session. At the twenty-sixth session, which was held in Philadelphia in 1959, the first known gospel musical drama was showcased. Accordingly, the convention inspired such gospel greats as Della Reese, Dinah Washington, James Cleveland, Aretha Franklin, Louise Shropshire, Mel Carter, Hezekiah Walker and more. In 1967, the convention established the Alumni Chorale in Houston. Because the convention was continuing to not only grow in size, but stature, the need to move from homes to a hotel was realized in 1972.

In 1993, Bishop Kenneth H. Moales, Sr. was elected National President of NCGCC at the 60th annual convention session in Chicago, IL following Dr. Dorsey’s death. He was well qualified for the position, as he had served for many years and in various roles, including Youth and Young Adult President, Junior Board Member, and 1st Vice President before succeeding Dr. Dorsey.

During his tenure, Bishop Moales expanded and formalized NCGCC’s Artelia Hutchins Training Institute to offer training certifications and credits. Most notably though, he founded the concept of regionals for unions to meet, share, and expose neighboring communities and states to NCGCC. His vision executed proved very successful, as the number of unions had increased significantly. Bishop Moales had remained President until his untimely death in 2010.