Gospel music is a popular adaptation of sacred music that has advocated Christian beliefs and encouraged the practice of Christian ethical principles, both within the framework of worship services and as a form of musical entertainment. The black gospel tradition has borrowed heavily from secular blues, but many gospel artists, such as Mahalia Jackson, refused to sing secular blues despite commercial incentives. 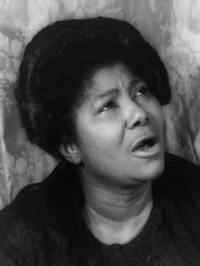 Gospel music has adapted to musical tastes through the development of a number of sub-genres, while retaining its moral and spiritual framework. It has also been important in the improvement of race relations in the United States, drawing on the biblical prophetic tradition to emphasize justice for the oppressed, particularly during the civil rights era. Mahalia Jackson, for example, sang before 250,000 people at the 1963 March on Washington, during which Martin Luther King, Jr. delivered his famous “I Have a Dream” speech.

Some of the most popular recording artists of the twentieth century, most notably Elvis Presley, also recorded gospel music out of admiration for the music and as an expression of personal faith. In the twentieth century, gospel music has resisted the near-ubiquitous emphasis on romantic love and sexuality among popular music genres and instead advanced a message of God’s grace and love, ordinarily within the context of Christian faith.

Music and The Civil Rights Movement

The gospel truth: Elvis never lost his faith — or his love of sacred songs